During the first world war, many American veterans were exposed to unimaginable horrors never before witnessed on the battlefield. Chemical agents in the form of Chlorine and Mustard were used extensively, drowning victims in their own fluids and often permanently blinding those lucky enough to survive. Literal millions of artillery shells, mortars, grenades and air-dropped bombs rained down on both sides, producing a constant hail of shrapnel wizzing through the air ready to indiscriminately take lives and eyesight. 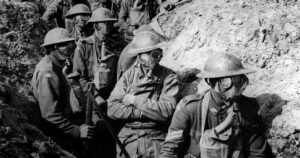 The combat wounded Soldiers, Sailors and Marines returned home to face a new challenge, readjusting to normal society. One not set up to support their newly found disabilities. Many of the younger soldiers had lied about their age to join the military, and had never learned a vocation prior to their service. The older veterans found themselves unable to return to work as carpenters, railway workers, ironsmiths, farmers, etc. due to their wounds. 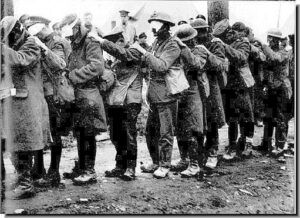 VisionCorps formed shortly after the war to help blind Americans, such as these veterans to provide work for them to self sustain. Since the 1920’s the nonprofit has grown into one of the oldest and largest, non-profit organizations in Pennsylvania. They focus on employing people who are blind and vision impaired in manufacturing, food processing, and administrative services. The organization currently employs more than 150 individuals, 75 percent of whom are blind or vision impaired. The organization serves more than 2,000 individuals in Lancaster, Lebanon, Chester, York and Adams counties, through rehabilitation services. VisionCorps also screens more than 8,000 children a year for vision loss. They also provide rehabilitation and Youth Services to provide the tools and training to empower these individuals to attain independence.

Overall, they are a great organization that does a lot of good for their local community, and also supports the Department of Defense with many of the products that they produce. If you have served in the military in the last two decades, odds are you have worn the ballistic helmet pads produced by VisionCorps, which have prevented thousands of Traumatic Brain Injuries (TBI) and servicemen’s deaths on the battlefield.

For these reasons and many more, True North Concepts has chosen to utilize the services of VisionCorps. Not only are they local to our business, but several veterans in our company have VisionCorps products to thank for their safe return home from the Global War On Terror. We collectively believe in their mission, and have made supporting them part of our own. Many of True North Concept’s products (as well as the products produced for our customers), are manufactured, assembled, and packaged by Americans who are blind. They have first rate tools and equipment, extremely high standards of consistency and quality control, and are an ISO certified facility. The vast majority of their production is Berry Compliant, which helps us maintain our goal of producing superior products which are exclusively made with American materials, by American hands. 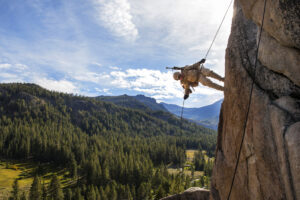 We have teamed up with VisionCorps to support their primary fundraiser of the year, “The Eye Drop.” to be held this November 22nd. The goal of the event is to raise $151,000 dollars through charitable donations, as more than 90 volunteers rappel 125 feet from the top of the Holiday Inn in down town Lancaster, Pa. After reaching out to our friend John “Shrek” McPhee of SOB Tactical (Who also utilizes VisionCorps Manufacturing services). Shrek is a retired Army Sergeant Major who spent his entire career in Special Operation Forces, and is one the most experienced commandos alive. True North Concepts has formed a sponsorship team with Shrek to participate in the rappelling event, and will be going down the line on the 22nd. 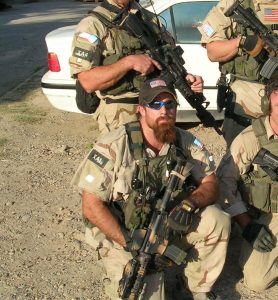 “Team SOB” will be present all day at the Holiday Inn Lancaster, located on 26 E. Chestnut Street the day of the event. We plan to have a table set up on site showing the products that VisionCorps produces for our companies, and to have fans have the opportunity to meet Shrek. The “Eye Drop” runs all day, starting at 9am and terminates at Midnight, which is when donations cease and the final count is made.

For those that can’t attend, True North Concepts and SOB Tactical is asking for your support. You can help out a great organization, and make a difference in the lives of your fellow Americans by donating to VisionCorps. Please follow this link to donate to TEAM SOB, and we hope to meet you on November 22nd if you are in the neighborhood! 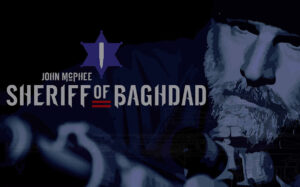